The Damage of Uncontrolled Pipe Freezing in the Winter

The Damage of Uncontrolled Pipe Freezing in the Winter 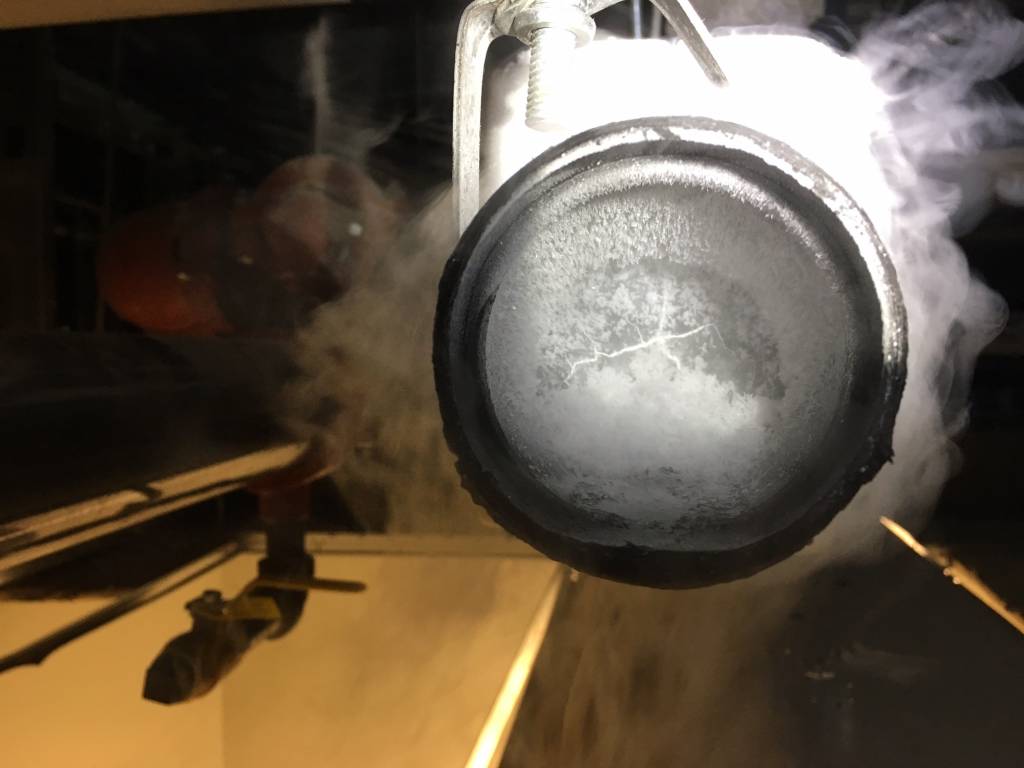 Nitro Pipe Freeze are specialists in controlled pipe freezing. A controlled pipe freeze is created through the use of liquid nitrogen. The liquid nitrogen is used to create an isolation or “freeze plug” in a small section of pipe where the ice grows along the pipe, which helps prevent pressure buildup. Any potential water pressure buildup that occurs due to the ice pushing on the water inside the pipe is carefully managed by NPF technicians through the installation of pressure relief devices. The controlled formation of ice plugs allows maintenance work to be carried out on the plumbing without the need to shutdown systems or drain potentially toxic chemicals (in the case of heating and cooling systems) and large quantities of water into the environment. Once the work has been completed, the freeze plug is melted quickly and the pipes are returned to normal again. Nitro’s work provides plumbers and building managers with a fast and efficient method of pipeline maintenance and is vastly different from the common uncontrolled pipe freeze that happens in winter.

An uncontrolled pipe freeze is a headache for every home owner and a common problem for your pipes in Winter. As opposed to a controlled pipe freeze, in an uncontrolled pipe freeze, the water in your pipes freezes continuously along the pipe pushing against the trapped water in the system. Water will not compress and so the pressure rises as the ice continues to grow. Eventually the trapped water pressure exceeds the pressure rating of the pipe and then the pipe splits. Once your pipes split, it becomes extremely costly for your plumber to fix and not only that, but your plumbing system will not be functioning properly. A good and simple tip to prevent your pipes from freezing is to turn your tap very gently so that you have small amount of water running through your tap. This will keep the water flowing and prevent it from freezing up over night. In the event that it still freezes, the pipe will not be damaged as the pressure has not been allowed to build up inside the pipe due to the tap being left to drip.